Like most places, life in these Louisiana wetlands is seasonal, often dictating our days, shaping our schedules, and determining what we will do with our time.  Down here in bayou country, the March winds have ushered out the last chilly days of winter and have left behind the anticipation of the mild spring days of April, the blooming of the Louisiana wild iris, and the ripening of the Southern Dewberries. 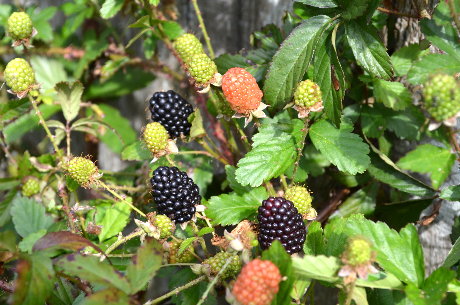 It’s those tart, tangy berries that lured me out on a recent morning, bright and early, to pick the first luscious, dark purple treasures of the season.  While picking, my thoughts (as usual) centered around what I wanted to relate to you about this seasonal, cultural event that’s probably as old as the southern dewberry vine themselves. This day was no different, as I picked, lost in thought.

While I’m not as old as these wild vines, this is the first time I had to consider my age while preparing for the picking.  Obviously I would wear long sleeves and pants, my trusty old shrimp boots, and I would carry a big stick with which to beat the bushes. Because of the festering wounds I suffered last year from embedded thorns, I was forced to add a new fashion element to my berry-picking wardrobe. 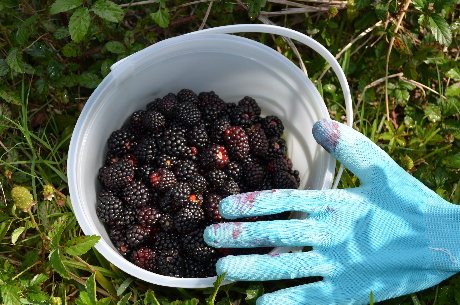 And, because I like to feel the plumpness and ripeness of the berries as I pick them, it’s no small thing for me to submit to wearing gloves.  Along with the wisdom of years comes the thinning of the skin, but I’ve come to see the wearing gloves as a small price to pay so that I might continue this tradition, unhindered.

The good I am taking away from this compromise  is remembering my dear mother, who first taught me to pick dewberries and took us kids every year that she could find a patch from which to pick.  I was reminded of her quiet ways, of her generosity to neighbors, even when she was stricken with crippling arthritis.  She would bake a pie and walk it over to an ailing or bereaved neighbor, with no thought for the extra pain the extra effort caused her.

As I poked my way around the berry thicket, I went over again in my mind the differences between dewberries and blackberries and why anyone should care anyway.  So, with that comes the confession that I am somewhat obsessive-compulsive about some things.  For example, it really bothered me when I first came here that the bayou people called these berries blackberries.

How could I, from the city, know better than these earthy folks that these beauties were most certainly dewberries?  A hint of haughtiness came with that knowledge, but slowly, I humbled myself and put away my city-folk knowledge and accepted that when in bayou country, you’d best do as bayou folks do.  I’ve now been in bayou country and doing like bayou folks for 35  years.

However, since I’ve crossed over into the non-child-bearing, often misunderstood, years of womanhood, I’ve begun looking at life differently.  Like the changing of the seasons, I’ve undergone my own personal changing of seasons.  It’s less about obsessive-compulsiveness now and more about sharing my knowledge and wisdom gently, not being ashamed to call a spade a spade or a dewberry a dewberry. 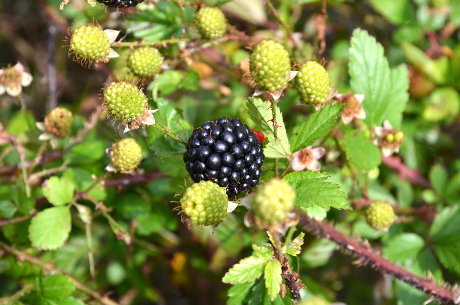 So, this morning, with each thump of a berry in the bucket, I determined that I would, for the last and final time, put down in writing why these are dewberries and not blackberries.  And it’s not about being right, it’s about not forgetting where I’ve come from and not forgetting the heritage my mother imparted to me while we picked buckets full of dewberries each spring and turned them into delectable things for our family.  And I do have a little credibility, because it pays me as a tour guide to know the local plants.  Furthermore, one of my favorite books, Wildflowers of Louisiana and Adjoining States by Clair A. Brown (out of print), gives an apt description, with photos, of the Southern Dewberry.

Botanically speaking, Rubus trivialis, is the name given to this humble, fruit-bearing vine by French botanist, André Michaux in the 1780’s while in America on a botanical mission for King Louis XVI.  While most blackberry, and even raspberry. plants have botanical names also beginning with Rubus, it does my heart good to know that a famed botanist long ago recognized this particular specie of berry plant and gave it a special name.

Now, on to ways that you can very positively identify those wild vines as being Southern Dewberry.  Even though dewberry plants and blackberry plants alike have vines called primocanes and floricanes, the main difference here is that dewberry vines root at the tip, whereas blackberries do not. 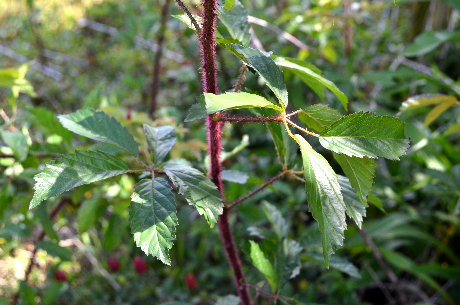 Primocanes come first, and notice how they stand almost straight up, are covered with bright red bristles (not thorns), and have five-foliolate leaves, which alternate on the stem.  Also you will notice that there are no flowers and no berries on the Primocane.  That’s because (I think) they are the “male” vines.

After the second year, the Floricanes (or flower-bearing) are a trailing vine, bearing small, white, five-petal flowers, which will evolve into those lovely, dark purple tart berries.  In the photo above, you can see the vines with the very distinct thorns and the three-foliolate leaves (rather than five like the Primocane).  Yes, I took these photos while I was picking with the idea of closely illustrating these things for you, my dear readers.

In my studies to find definitive proof that what I’ve been picking all these years really are dewberries, I learned many other interesting things.  Did you know, for example, that the Southern Dewberry is on the USDA’s 2012 official list of  National Wetland Plants? Another interesting tidbit I turned up is the fact that  Rubus trivialis, the Southern Dewberry, isn’t the only dewberry in Louisiana. 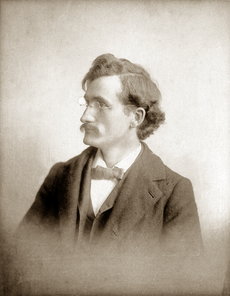 It seems yet another intelligent botanist found a couple slightly different vines, one of which bears the common name, New Orleans Dewberry.  Who knew?  The gentleman who discovered this species, Liberty Hide Bailey, was born in America about 58 years after Michaux died of a tropical fever in Madagascar.  Hyde eventually came to be known as “The Father of Modern Horticulture”.  So, if somebody so well versed in the science of plant taxonomy thought it was necessary to point out that there was more than one kind of dewberry, then who am I to shamefully continue calling them by their local misnomer?

Thank you, Liberty, for you have indeed set me free.  Henceforth, I will unashamedly call these berries what they are: Southern Dewberries; but even then, I know that like a rose and its sweet smell, a dewberry, by any other name,  would taste as tart.

Last April, I made my Great Grandmother Addie roll over in her grave by making some cordial (which I, under peer pressure, called Blackberry Cordial), and I experimented with two recipes. 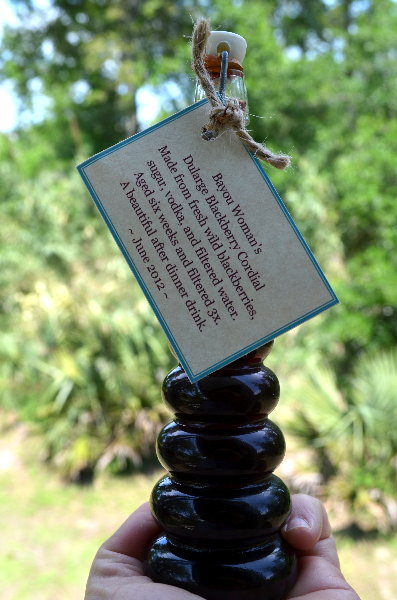 The above-pictured batch came out very well.  It produced a very rich, sweet, dessert-type cordial.  And yes, I will make it again, and I will call it by its correct name this time:  DEWBERRY CORDIAL. 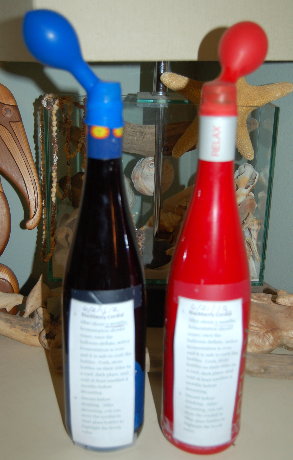 The second “recipe” I tried didn’t turn out so well.  Oh yes, those little balloons did indeed inflate as the berries fermented, and after they went flat, I strained the contents several times and put into bottles, sealed closed, and laid them on their sides in a dark place for months, as suggested.  When it was time to uncork the cordial, it wasn’t a very pleasant uncorking.  This cordial tasted like bad wine, or very dark-colored rancid vinegar!  It was, in a word, a bust!  It was way more labor intensive than the first recipe, and I will not make it again.

What else will I do with dewberries this season?  I will unashamedly make:

and hope to make Dewberry Jelly

If I decide to do anything else with them, you’ll be the first to know!